The Bengaluru-based start-up has launched its first electric SUV in the form of Pravaig Defy with a price of Rs 39.5 lakh (ex-showroom). This new electric vehicle marks the entry of the start-up in the Indian electric vehicle market. Though the SUV has been unveiled now, several details of the electric SUV were revealed earlier by the company. The company Pravaih Dynamics claims that the new electric SUV will have a range of up to 500 km on a single charge, and the battery can be charged from 0-80 percent in 30 minutes. In addition, the company claims that the battery of the SUV can last for up to 250,000 km.

The design of the Pravaig Defy electric SUV represents a muscular SUV with sharp lines running all across the body of the electric vehicle. Some might even find the SUVs design very similar to that of Range Rover SUVs. The front end of the car comes with crisp lines and an LED right bar across the front of the car. Similar, sharp lines run across the side of the electric SUV with a sloping roof line. All of the lines of the SUV merge at the rear end with the tailgate and the lamps. This design gives the SUV an aerodynamic design with a drag coefficient of 0.33.

Also read: Citroen C3 electric car confirmed to launch in India by early next year, will be exported to Europe

Coming to the interior, the Pravaig Defy gets loads of features like a 15-6-inch touchscreen display, an infotainment system with 5G connectivity, six-way power adjustment for the seats, a 10-inch screen for display, a wireless charger, a Devialet sound system and more. For safety, the electric SUV has a 360-degree camera system, TPMS, and six airbags. 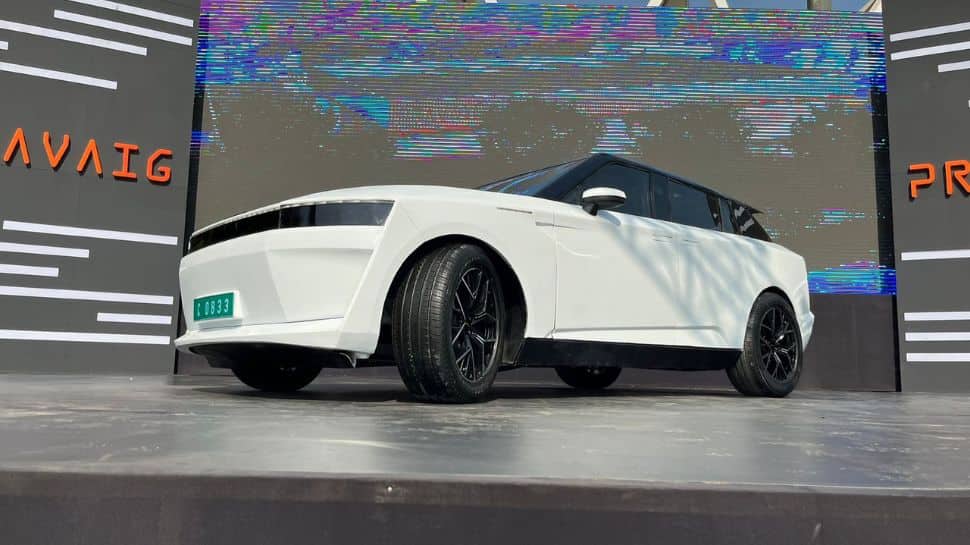 The Pravaig Defy SUV is equipped with two electric motors that combined produce 620 Nm and 407 horsepower. The power is sourced from a 90.9 kWh 5-module Li-ion battery. This battery can be charged using an optional home charger with charging of up to 7.2kW, which can give the car a range of 300 km in 8 hours. For those looking for a better option, it also gets a 150 kW DC charger.

HOMELESS beggar owns property worth of more than Rs 5 crore, earns Rs 1.27 lakh per month from HOUSE rent and lives on STREET...