Kia India has started deliveries of the EV6 in the Indian market, as we reported earlier. Now, the company has confirmed that it has delivered 200 units of the Kia EV6 in India, which is twice the number initially confirmed by the company. At the time of the launch, the South-Korean carmaker said that it will accept orders for only 100 units. However, with a high number of bookings received, Kia decided to allocate more units of the EV6 for the Indian market. Well, carmakers can import a limited number of cars in India with reduced tax duties. Hence, more units of the Kia EV6 are expected to make their way to our shores. 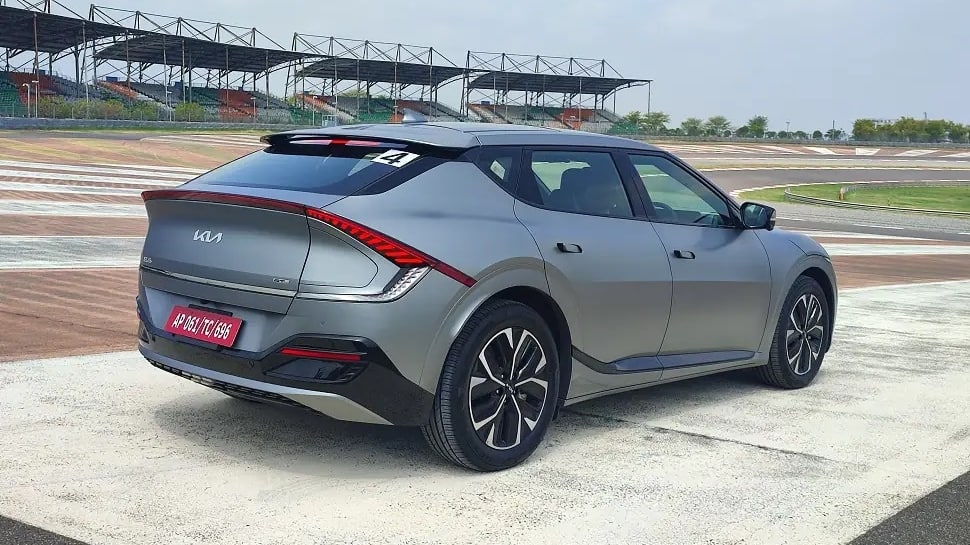 Underpinned by the E-GMP platform, the Kia EV6 boasts a very sporty stance with a hunkered-down appeal. Also, it made its entry in India with all the bells and whistles on the inside. The equipment list includes a 12.3-inch touchscreen infotainment unit, a 12.3-inch driver display, power-adjustable front seats, eight airbags, ADAS, connected car tech and more.

The Kia EV6 is available  in both AWD and RWD guise in two trim options – GT Line and GT Line AWD. The EV6 gets a 77.4 kWh battery pack, which offers a claimed range of 528 km. Talking of power outputs, the rear-wheel drive version gets a single motor that pushes out 229 hp of peak power output and 350 Nm of max torque. The AWD version gets a dual-motor setup with a combined output of 325 bhp and 605 Nm, and it can do 0-100 kmph in just 5.2 seconds.

Talking of prices, the EV6 was introduced at a starting price of Rs 60 lakh. However, for fresh bookings, the carmaker could charge a slight premium. Sadly, the company hasn’t announced officially, how soon it will start accepting orders for its premium EV.